Why do we need to change the system?

Understand the harms the attention economy and persuasive technology have produced, and why those harms are the result of a broken system.

Persuasive technologies are constantly getting better at taking advantage of our vulnerabilities to keep us engaged and influence our behavior. It’s the result of a race for attention that is creating disastrous consequences for our wellbeing, democracy, and ability to solve our biggest problems.

In this issue guide, you’ll learn:

By understanding the harms of persuasive technology, as well as the systemic forces that influence it, we can start seeing how to build a world built on humane technology that operates for the common good.

You’ve learned how the social media technology we use every day is shaped by a race for our attention to keep us engaged and to influence our behavior. You’ve also looked at how all that leads to disastrous effects on our mental health.

As it turns out, these products lead to a bunch of other big problems. But before we look at those, and think about the role of technology in a better future, we have to first reflect on what a good future means to us. 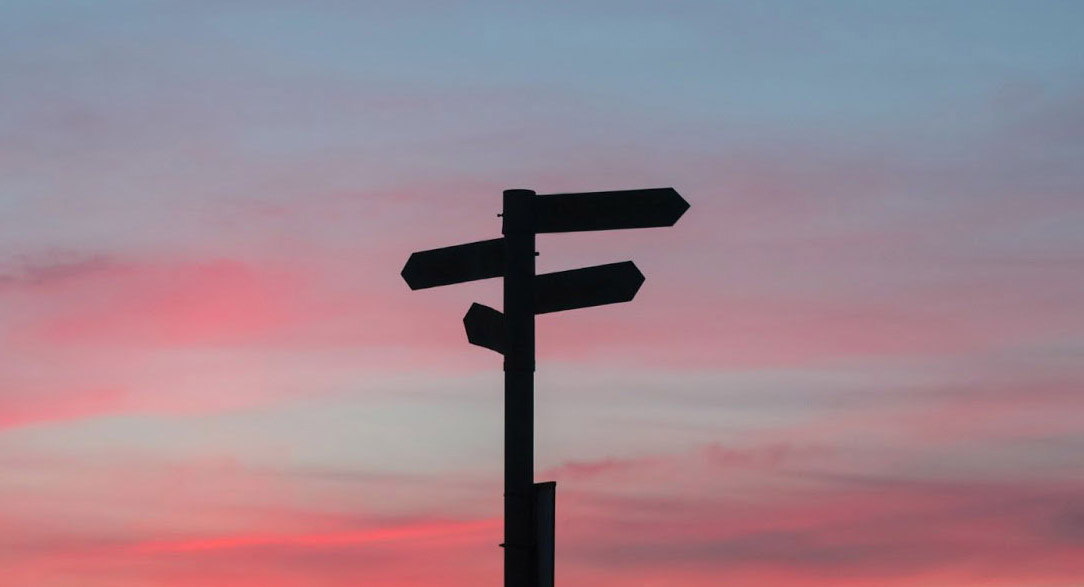 When you imagine your ideal future, what do you see?

That question might bring up goals you have for your career, relationships with friends and family, or for personal growth. It may also bring up hopes you have for our world: fairness, sustainability, peace, and happiness.

What would it take to make this future a reality?

We live in a time when many societies are reckoning with massive challenges such as growing wealth inequality, catastrophic impacts of climate change, discrimination, and a global pandemic we were utterly unprepared for.

As the rising generation inheriting these problems and building the future, you need technology that strengthens our ability to come together and focus on big challenges.

Is today’s social media technology helping or hurting that goal? To answer that, let’s first look at our personal experiences with it.

At the end of the Social Media and the Brain issue guide, you tracked your experiences on social media, focusing on how each experience made you feel.

Look back over the observations you recorded. If you’re working in a classroom or group, share your observations with others.

In this final Issue Guide, we’ll zoom out from our individual experiences to discuss the consequences of social media for our society as a whole. We’ll learn about the thinking behind our broader social and economic systems, which drive many of the harms we experience. Then we’ll consider how they could be improved.

“I felt so insecure about myself. My abilities, my looks, my roots, my potential… I was comparing my life with people around me and people I saw on social media.”
– Nathan, 21, Midlaren, Netherlands

“If you've never experienced addiction, a small warning, it sucks. I mean that literally: it sucks you in and prevents you from being happy, reaching your dreams, or living life.”
– Mahika, 15, San Francisco, CA

Nathan, Madison, and Mahika’s stories are examples of the ways in which technology shaped by the attention economy is resulting in painful experiences of insecurity, distortion, and addiction. As discussed in the Attention Economy Issue Guide and on the Center for Humane Technology’s Ledger of Harms, research shows that these problems are being felt throughout society.

Many of these problems have existed in various forms for generations. What’s different now is that they’re being amplified by AI-powered technology used around-the-clock by billions of people around the world. For instance:

In response to public outcry, Facebook, Twitter, YouTube, and similar platforms have begun to invest heavily in programs designed to track and counteract organized hate and misinformation, address bias, and counteract many of these harms. But so long as their products are incentivized to lift up the posts that get people worked up, variations of these problems will continue to emerge.

We need technology that is accountable to the communities it serves. As long as our attention is highly profitable, and a small number of companies are trying to capture and control the attention of everyone in the world, that accountability will be impossible.

How does persuasive technology keep us from solving problems?

Social media is diminishing our capacity for shared understanding and to make wise, informed choices. 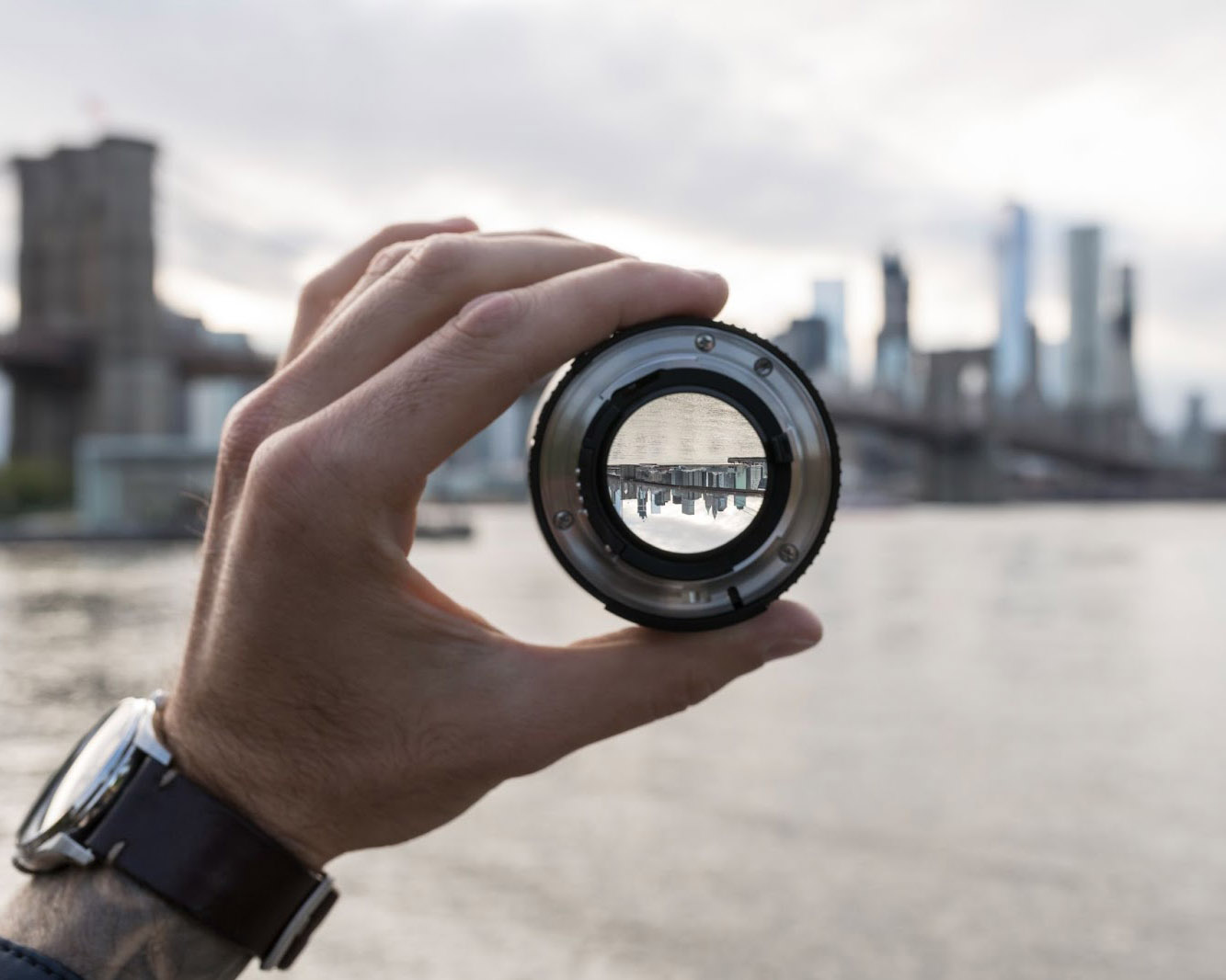 To bring about a better future, we need to collaborate to solve difficult problems. The distortions of our social media environment makes this work, the work of democracy, very difficult. When we lose trust in one another, fewer people vote, fewer people step into public service in good faith, fewer people engage in the difficult but necessary work of listening and finding compromise, and fewer people show up to support and shape our communities.

Watch this bonus clip from The Social Dilemma to learn more about how social media platforms have been used to undermine democracies around the world.

Why do we need to think systemically? 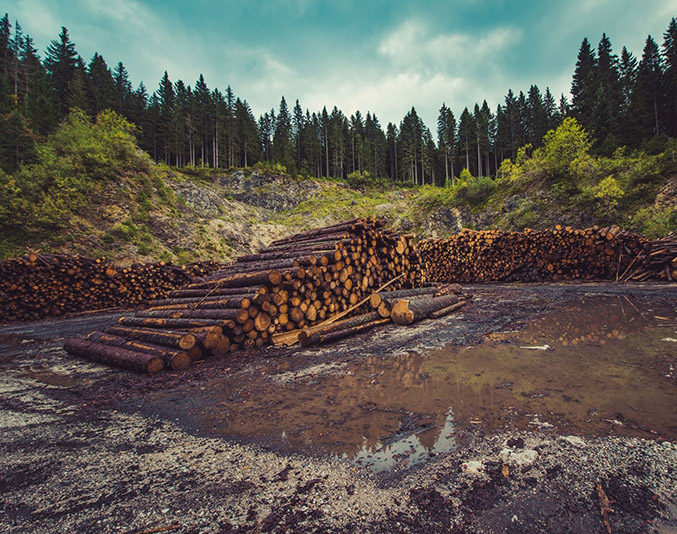 When we see that a product or industry is generating a whole bunch of problems, what’s the best way to handle them?

One path is to solve each problem as it arises. But if similar problems are coming up again and again, we can end up in an exhausting, never-ending battle to fix them. In a situation like that, we need to see if there’s a root cause generating all the fires, because fixing that root cause in the system might be a much more efficient solution. That’s called a systemic solution.

Consider fast food. About 85 million adults in the U.S. consume fast food every day.⁵ Why? Because it’s affordable, quick, and takes advantage of our bias for salty, fatty, and sweet foods (which are energy-rich and helped us survive in much tougher pre-modern times, when energy was scarce).

If we want to address problems like obesity and heart disease we can (and should) build more hospitals and research better medical treatments. But doing so is extremely expensive, especially if millions more people each year are eating food that’s worse for our bodies.

In this example, examples of more systemic solutions are:

These types of systemic solutions can reduce the overall number of dangerous outcomes that require expensive medical treatment.

Similarly, if we want to address the harms of social media we can and should directly address problems like misinformation, hate speech, cyberbullying and addiction. But we should also address the mechanisms that cause these problems by changing the way that algorithms are trained, products are built, and the technology industry is regulated.

Ultimately we will need to change the way we think about consumption if we are to build technology that helps us lead healthy and balanced lives.

It may seem initially that fast food is “what we want”... but who really wants to get addicted and to struggle with health challenges? Is it a fair fight when companies are scientifically engineering foods that are designed to addict us? When it comes to food, a system designed to get us to consume more winds up looking very different than a system designed to make us feel healthy and balanced.

What is true for food is also true for social media. At the root is a way of thinking, an idea that people consuming things makes them happy. This leads to a set of mechanisms designed to give people engaging content, things like recommendation algorithms and product features. These mechanisms lead to patterns in the kinds of information that people see on social media. Things like COVID-19 misinformation and hate speech are huge problems in large part because they are a highly engaging form of content. People will consume a lot of them even if doing so doesn’t make them happy or healthy in the long run.

Why do we need to shift from current paradigms?

Whether it's the health issues of fast food, or the harms of social media, most of our biggest challenges in industrialized countries are driven by some important underlying paradigms, or ways of thinking:

These paradigms show up everywhere: in our economic systems (which reward bigger companies, but without considering many of the harms they create), in the way we treat plants and animals, in the ways we spend time socially, and in many other decisions we make.

Company CEOs and Boards of Directors are required to make short-term profits for shareholders even when it leads to harmful consequences for well-being, other living beings, or our environment. This is, in part, the result of paradigms that tell us that “more is better” and “nature is a stock of resources to be converted to human purposes.”

As a result of all this, companies compete to find the fastest legal paths to profitability and growth. Almost always, that means using the latest technologies to find new ways of driving consumption, which also drives more rapid extraction and harm of our natural resources.

That approach can look good in the short term, but consistently leads to big problems in the longer term. That’s exactly what’s happened with social media, fast food, deforestation, carbon dioxide generation, and much more:

Actions like these at massive scale have put the world in a dangerous situation—one that will be inherited by your generation:

Extreme weather is accelerating, destroying homes and displacing millions worldwide. We are using our planet’s resources far faster than they will ever replenish. And we are destroying the delicate ecological balance that allows humans to thrive.

“We live in a world in which a tree is worth more, financially, dead than alive, in a world in which a whale is worth more dead than alive. For so long as our economy works in that way and corporations go unregulated, they're going to continue to destroy trees, to kill whales, to mine the earth, and to continue to pull oil out of the ground, even though we know it is destroying the planet and we know that it's going to leave a worse world for future generations... What's frightening, and what hopefully is the last straw that will make us wake up as a civilization to how flawed this theory has been in the first place, is to see that now we're the tree, we're the whale... We're seeing corporations using powerful artificial intelligence to outsmart us and figure out how to pull our attention toward the things they want us to look at, rather than the things that are most consistent with our goals and our values and our lives.”
– Justin Rosenstein, co-inventor of the Facebook Like button, in The Social Dilemma

What new paradigms do we need to shift towards?

To protect your future, we need changes and we need them quickly. Unsustainable old paradigms need to be replaced with new ones, like:

Changing these types of fundamental assumptions that society is built on might seem impossible. But it’s also impossible to keep pretending that the Earth has infinite resources or that our democracies will continue to function when we can no longer tell what’s true or not.

So all of us who understand what’s at stake have to demand change. As a young person, your voice is perhaps the most important, because your future is most at stake.

Can you think of a historical example of a paradigm that has shifted? Of a deeply held, almost unquestionable belief that was challenged and then replaced? How about a time in your own life when you’ve made this kind of shift?

Use Center for Humane Technology’s Action Guides to help shift your relationship with social media and demand technology that enables a humane future:

How do you feel about the quality of this section?
😫😕😐😃🤩
vote-seeing-the-consequences

We’d love to hear more about your experience with these issue guides.