Our mission is to align technology with humanity’s best interests. We envision a world with technology that respects our attention, improves our well-being, and strengthens communities. 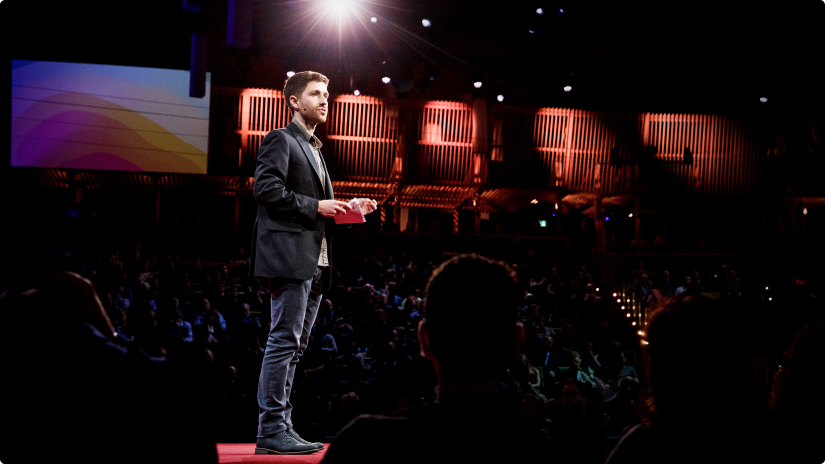 Our journey began in 2013 when Tristan Harris, then a Google Design Ethicist, created the viral presentation, “A Call to Minimize Distraction & Respect Users’ Attention.” The presentation, followed by two TED talks and a 60 Minutes interview, sparked the Time Well Spent movement and laid the groundwork for the founding of the Center for Humane Technology (CHT) as an independent 501(c)(3) nonprofit in 2018.

While many people are familiar with our work through The Social Dilemma, our focus goes beyond the negative effects of social media. We work to expose the drivers behind all extractive technologies steering our thoughts, behaviors, and actions.

We believe that by understanding the root causes of harmful technology, we can work together to build a more humane future.

Together with our partners, we are dedicated to leading a comprehensive shift toward technology that strengthens our well-being, global democratic functioning, and shared information environment. Our work focuses on:

Producing perspective-shifting media to sound the alarm on technology’s impacts on people, institutions, and society

Partnering with organizations and allies to pursue strategic solutions across the public, private, and philanthropic sectors

LEARN ABOUT OUR RECENT IMPACT

Our team worked together to impact runaway technology through consumer awareness, legislation, litigation, and insider and technologist activation. Each year, we strive to create meaningful impact and inspire positive change for a more humane future.

CHT expands its focus from the attention economy to extractive, runaway technology

Two of our co-founders explain the importance of addressing all extractive technology in our podcast episode “Here’s Our Plan And We Don’t Know”
At SXSW, Tristan Harris introduces “The Wisdom Gap” framework for understanding the “meta-crisis” that is exacerbated by runaway technology
After 12+ months of development, CHT launches Foundations of Humane Technology as a free course for product teams. Over 10,000 people register in its opening months
​​CHT explores ways to support the emerging humane tech financing ecosystem and signs on as an advisor to the BeKind Tech Fund
CHT continues to ​​explore ecosystem-shifting solutions with partners such as Integrity Institute and Frances Haugen

Tristan Harris is named as a TIME100 leader shaping the future
CHT develops its first course, Foundations of Humane Technology, condensing its expertise on how to build humane technology into an 8-hour credentialed course. It leverages 100s of beta testers to fine-tune the curriculum
CHT releases its Youth Toolkit, which is designed for young people ages 15-24
Tristan Harris testifies in a Senate Hearing on “The Hidden Risks of Technology”
CHT continues building awareness outlets, with appearances including The Daily Show, Real Time with Bill Maher, and The Joe Rogan Experience

CHT supports the development and release of the record-shattering Netflix documentary The Social Dilemma from director Jeff Orlowski-Yang on the existential threats posed by social media. The film later wins 2 Emmy’s
Tristan Harris testifies in a House hearing on Americans at Risk: Manipulation and Deception in the Digital Age
Tristan Harris presents at World Economic Forum in Davos, including “Tech Cannot be Trusted to Self-Regulate” debate and a NYT panel with Yuval Harari

CHT brings awareness to the systemic harms of the attention economy

CHT releases New York Times op-ed: Our Brains Are No Match for Our Technology
Tristan Harris is featured in Fortune's 25 Ideas That Will Shape the 2020s, among world leaders including Malala Yousafzai, Jamie Dimon, and Melinda Gates
Tristan Harris testifies at Senate hearing on Optimizing for Engagement: Understanding the Use of Persuasive Technology on Internet Platforms
CHT launches its podcast Your Undvided Attention, now a proud TED Audio Collective member and top Tech podcast
CHT publishes its Ledger of Harms, which summarizes the latest research on extractive technology’s negative impacts on children, mental health, relationships, attention and cognition, sense-making, politics and elections, systemic oppression and more

Mark Zuckerberg on changes to its News Feed: “One of our big focus areas for 2018 is making sure the time we all spend on Facebook is time well spent”
Google announces new initiative to improve digital wellbeing
YouTube releases “time watched” metric and “take a break” notification
Instagram introduces “You’re All Caught Up” checkmark
Apple introduces a dashboard, app limits, and additional parental controls 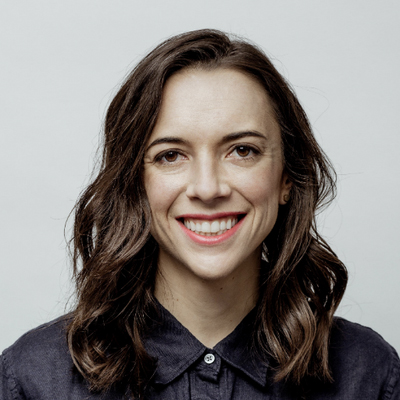 Maria Bridge is the Chief Operating Officer at Center for Humane Technology. In her role, Maria oversees CHT’s programmatic work, manages the team and all operations, and leads strategic planning and goal setting for the organization.

Prior to joining Center for Humane Technology, Maria served as Chief Operating Officer at Understood, a $30M a year non-profit with over 125 staff. She also spent 9 years at Bain & Company, where she led projects for Fortune 500s on strategic growth, consumer behavior change, and organizational change. Later, she held operational roles at Warby Parker and sweetgreen during early growth stages. She received her MBA from Stanford Graduate School of Business.

Maria currently resides in the Hudson Valley area of New York State. She is an avid rock climber and dedicated meditation practitioner. She has spent over 100 days in silent meditation retreat, including a 28-day monastic style retreat. She is grateful to be able to combine her background in behavior change, mindfulness, and strategic team management through her work at CHT. 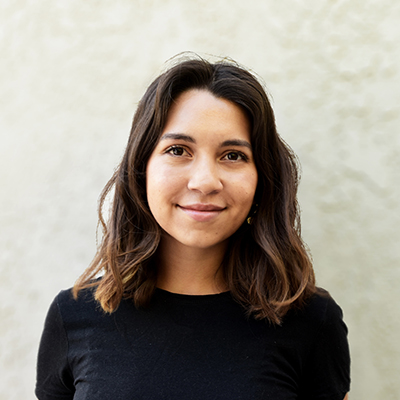 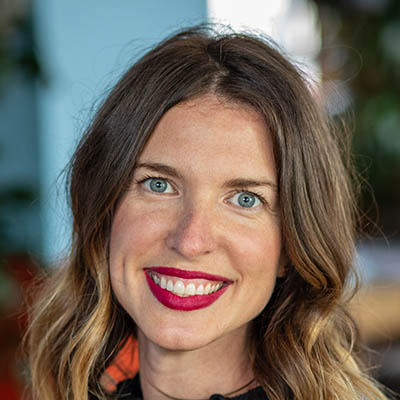 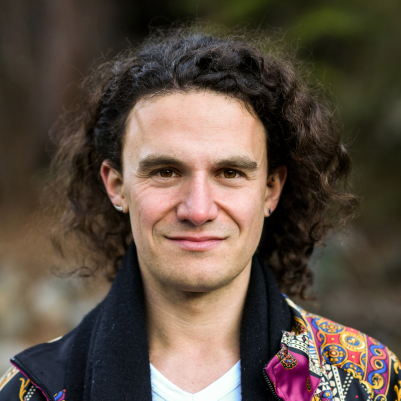 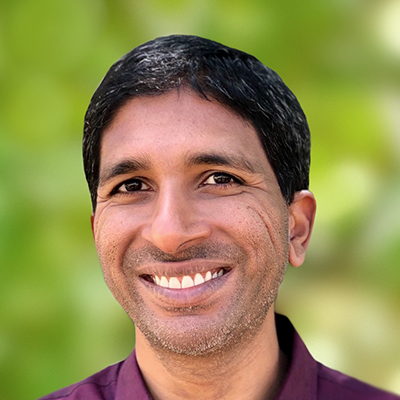 Randima (Randy) Fernando works at the intersection of technology, mindfulness, and social impact, helping to find ethical solutions to hard problems. He co-founded Center for Humane Technology in 2017 with Tristan Harris and Aza Raskin. Randy previously served for seven years as founding Executive Director at Mindful Schools, a nonprofit that has taught mindfulness to millions of kids and over 40,000 educators worldwide. Before that, Randy led many award-winning projects and authored 3 bestselling books on 3D graphics over seven years at NVIDIA. He was also an inaugural board member of the NVIDIA Foundation. Randy also serves on the board of Spirit Rock Meditation Center, and was born in Sri Lanka. 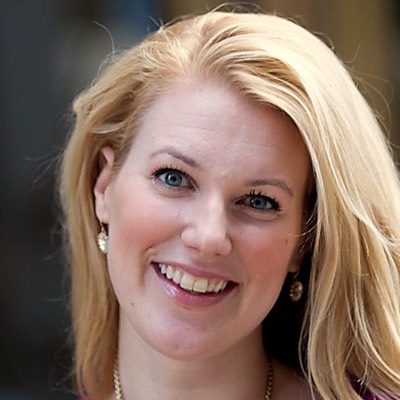 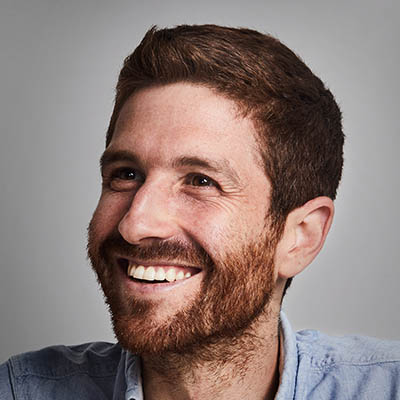 Tristan Harris has spent his career studying how today’s major technology platforms have increasingly become the social fabric by which we live and think, wielding dangerous power over our ability to make sense of the world. Named to the TIME 100 “Next Leaders Shaping the Future” and Rolling Stone Magazine’s “25 People Shaping the World,” Tristan is Co-Founder & President of the Center for Humane Technology, which is catalyzing a comprehensive shift toward humane technology that operates for the common good, strengthening our capacity to tackle our biggest global challenges. He is the Co-Host of “Your Undivided Attention,” consistently among the top ten technology podcasts on Apple Podcasts, which explores how social media’s race for attention is destabilizing society and the vital insights we need to envision solutions. Tristan was also the primary subject of the acclaimed Netflix documentary, “The Social Dilemma,” which unveiled the hidden machinations behind social media and has reached an estimated 100 million people worldwide, streaming in 190 countries in 30 languages. He has briefed heads of state, technology company CEOs, and members of the US Congress, in addition to mobilizing millions of people around the world through mainstream media campaigns.

From his childhood as a magician, to his coursework in Stanford’s Persuasive Technology Lab and later as a Design Ethicist at Google, Tristan has explored the influences that hijack human attitudes, behaviors and beliefs. Following his 2013 viral internal presentation at Google, “A Call to Minimize Distraction & Respect Users’ Attention,” which sounded the alarm on the harms posed by the attention economy, Tristan began to surface these issues in public conversation via 60 Minutes and a TED Talk in 2017. The deep resonance of the ideas led to the Time Well Spent movement, which sparked product changes at Facebook, Apple, and Google, and laid the groundwork for the launch of the Center for Humane Technology as an independent nonprofit in 2018. 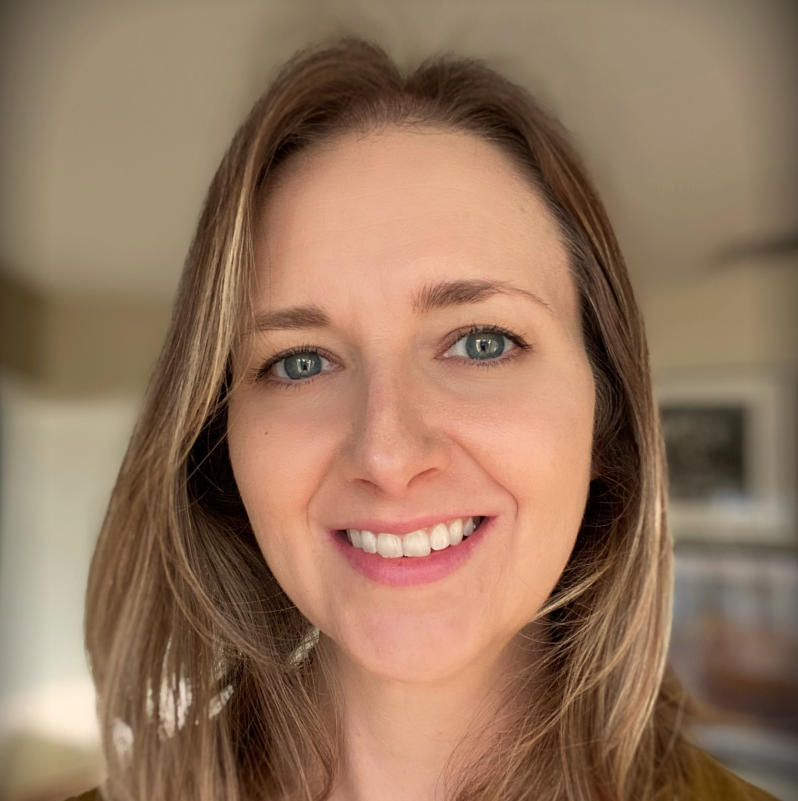 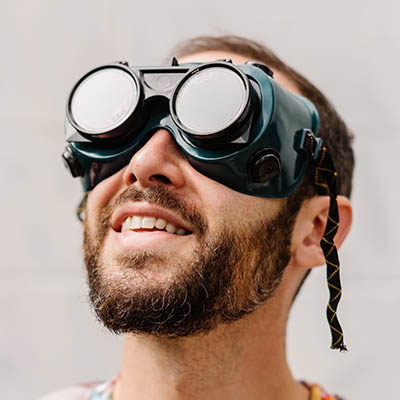 Trained as a mathematician and dark matter physicist, Aza is also the co-founder of Earth Species Project, an open-source collaborative nonprofit dedicated to decoding animal communication. He has taken three companies from founding to acquisition, is a co-chairing member of the World Economic Forum’s Global AI Counsel, helped found Mozilla Labs, was named FastCompany’s Master of Design, and listed on Forbes and Inc Magazines 30-under-30. For Aza, the problem is especially personal: his father, Jef Raskin, created the Macintosh project at Apple with the vision that 'humane' technology should help, not harm, humans. 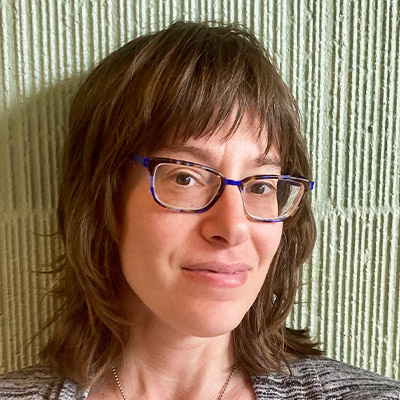 At CHT, we co-create a vibrant, mindful, intellectually rigorous, values-driven culture. Ideal candidates will be curious, care deeply about human potential, and be highly motivated to drive large-scale culture change.

Applications will be reviewed on a rolling basis.

If you have questions, please contact us at jobs@humanetech.com 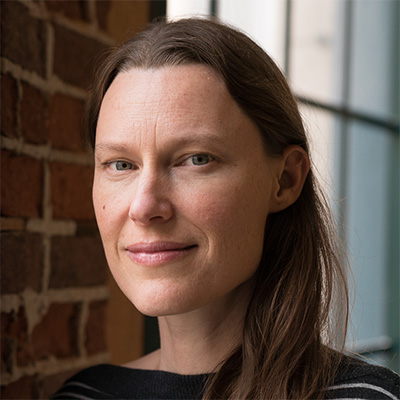 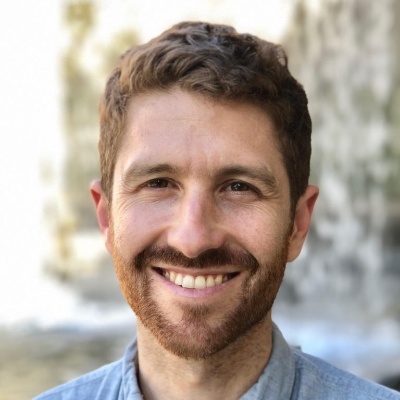 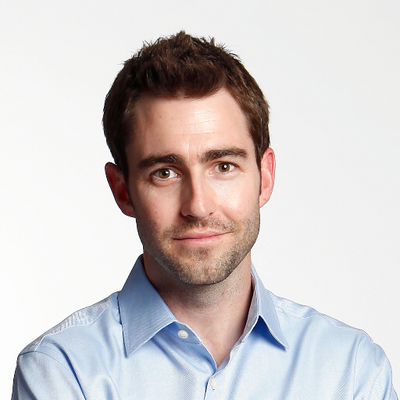 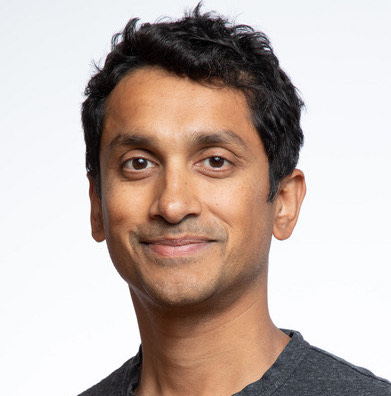 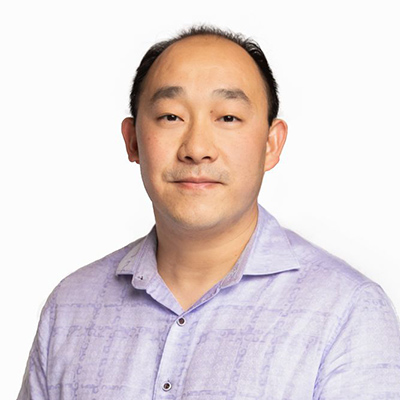 Thanks to our generous lead supporters 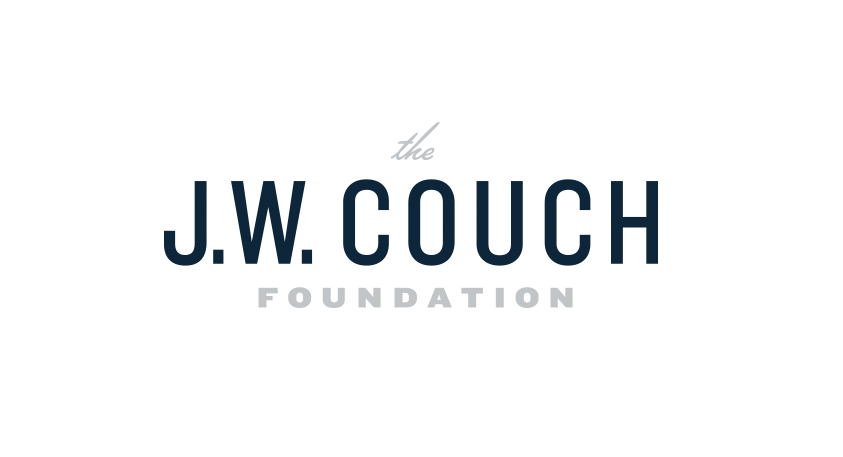 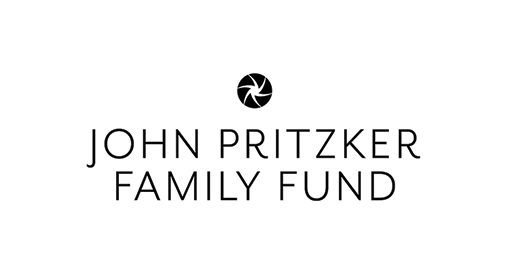 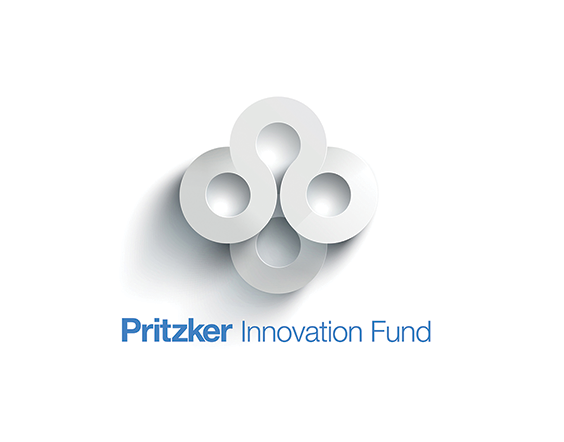 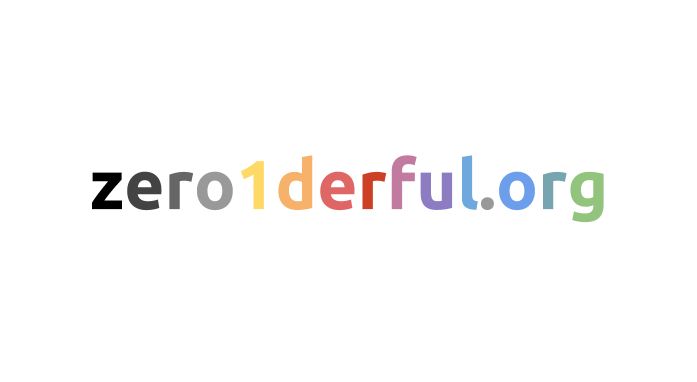 The Duke and Duchess of Sussex

‍Support the movement for humane technology

Center for Humane Technology is a 501c3 nonprofit organization.

We are powered by contributions from individuals and foundations. Join our generous group of supporters with a tax-deductible contribution.

As a 501c3 nonprofit organization, we are powered by contributions from foundations and individuals.

Join our generous group of supporters with a monthly or one-time tax deductible donation.

Please note that we are a small team and cannot respond personally to all emails.