Thank you for making Facebook #OneClickSafer!
Oops! Something went wrong while submitting the form.
LEARN MORE

“If a thing’s been shared 20 times in a row it’s 10x or more likely to contain nudity, violence, hate speech, misinformation than a thing that has not been shared at all.” — Wall Street Journal Facebook Files

"Stop at two hops." Facebook's Integrity Team researchers found that removing the reshare button after two levels of sharing is more effective than the billions of dollars spent trying to find and remove harmful content.

PEOPLE and SAFETY OVER PROFITS

Changing the reshare button puts people and safety over Facebook's profits. It's an example of more humane technology that improves the quality of our feeds while still protecting freedom of speech. 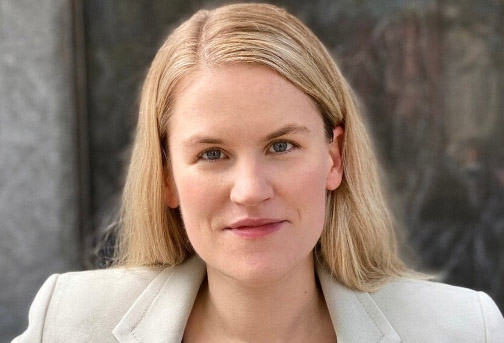 “This is a change that Facebook could show that they're willing to trade off a very small amount of profits for the safety of the platform. And I think it's a wonderful content-neutral, language-neutral solution.”
— Frances Haugen, Facebook Whistleblower

Thank you for making Facebook #OneClickSafer!
Oops! Something went wrong while submitting the form. 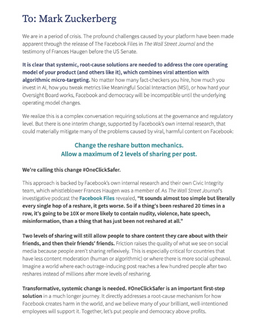 This is just the beginning.

As explained in the documentary The Social Dilemma and as clarified by the Facebook Files, social media's race for "engagement" is having disastrous effects on our global society.

So how do we precede? How do we make sense of the myriad solutions and options? What should we focus on?

A FRAMEWORK FOR CHANGE

Systems theorist Donella Meadows had a brilliant answer to that question. In 1972, she introduced a framework known as the 12 leverage points to intervene in a system. Her framework identifies different leverage points for making change in a complex system and puts those leverage points on a scale of increasing leverage. 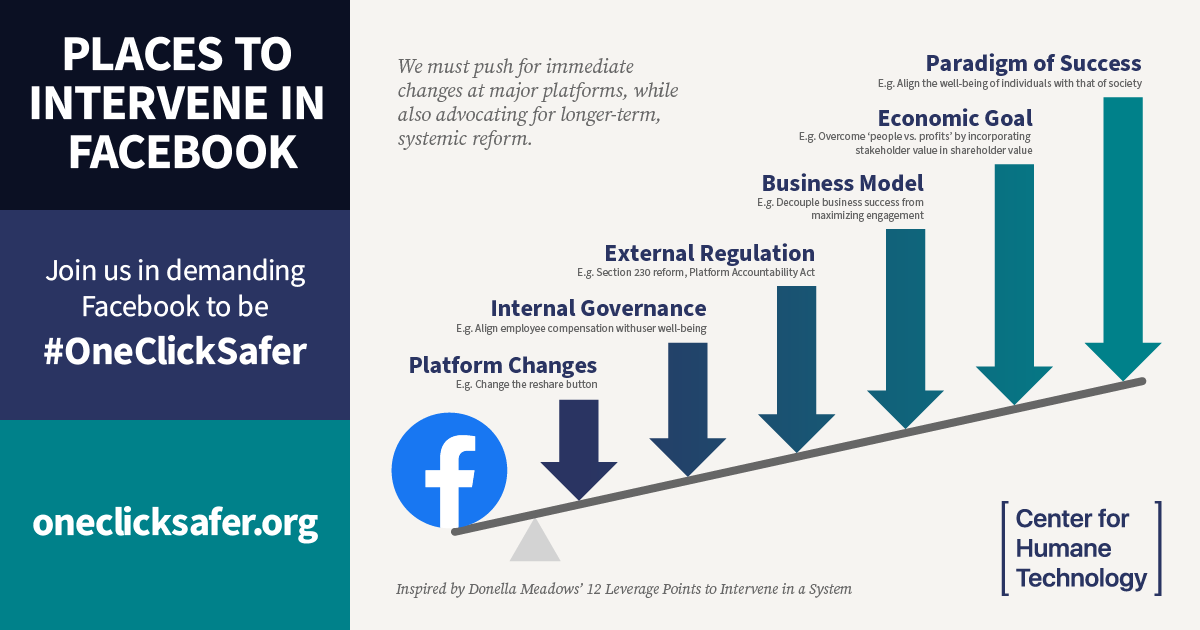 Inspired by Donella Meadows, we adapted the framework to show different points to intervene in making Facebook more humane — from platform changes and internal governance improvements to longer term systemic reform through external government regulation and the push for new business models.

Our goal is for #OneClickSafer to lay the train tracks for future change at Facebook and all social media platforms. It's not too late. We can change the system.

And in a world where social media platforms affect billions of people every day, even a tiny amount of leverage like #OneClickSafer can change the world.